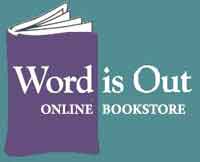 Colorado as a whole, with many ranchers and farmers and several military installations, is fairly moderate to conservative, but Boulder is a very progressive/liberal town, a typical college town and home to the University of Colorado, as well as several high-tech, science, and research facilities.  We're less than an hour from Denver, a very diverse city with one of the five largest Pride Parades in the country.

My partner and I have lived in Boulder for several decades.  We and many other LGBTQ folk are quite visible in the community and have experienced a lot of support and acceptance.  Boulder has a very large LGBTQ population  and we're an important constituency for politicians, businesses, etc.

It wasn't always so.

IN the '70's, the newly elected county clerk actually issued marriage licenses to several same sex couples, until she was shut down by a hastily written state law.  In the '80's, the city council passed an ordinance to prohibit discrimination based on sexual orientation, but it was later rescinded by a citizens' initiative, and two of its main proponents on the city council were subject to a recall.  A few years later there was a citizen's initiative to reinstate the anti-discrimination law, and it narrowly passed.

You may have heard of Colorado's Amendment 2 effort in the early '90's, spearheaded by conservative groups in Colorado Springs (home of the Air Force Academy and Focus on the Family).  The amendment tried to ban gay rights ordinances everywhere in the state, affecting several towns and cities including Boulder.  Although it was narrowly approved by Colorado voters, it was declared unconstitutional by both the Colorado Supreme Court and the U.S. Supreme Court.  The City of Boulder (whose voters opposed the amendment two to one) was very active in opposing Amendment 2 and spent a lot of effort taking the issue through the court system.

Recent years have brought a sea change in attitudes toward sexual minorities, and I feel privileged to have witnessed those changes, and maybe in some small way to have helped bring them about.

In terms of weather, we're in a semi-arid, high-plains area.  This means lots of sun, fairly mild winters with occasional snows and some cold weather, and warm (sometimes hot) summer days with little rain.  Fall and spring here are wonderful and sumptuous.  The thin dry air means that cold temperatures are easy to insulate against, and shade provides a quick respite to the summer heat, with summer nights generally pleasant and cool.  Mountain temperatures are also substantially cooler, and the mountains are much snowier than the plains in the winter.

The main drawback to living here is that is pretty expensive, perhaps comparable to large urban areas on the east and west coasts. There are some nearby towns where housing is a little less expensive, and where the liberal flavor of spills over.

I hope you enjoy your stay here, and come to love Boulder as much as I have.